Law Offices H. William Edgar is happy to announce the opening of the desert office in Palm Desert. The new office location with be 77-711 Flora Rd., Suite 203. Palm Desert, CA 92211. We will strive to provide the same quality of experience, honesty, and integrity in the desert that we have become known for. We are also pleased to announce the addition of Attorney David Kolmel to the firm. We believe that he will be a valuable asset to the firm and provide the client’s of Edgar Family law with valuable knowledge and expertise in family law. 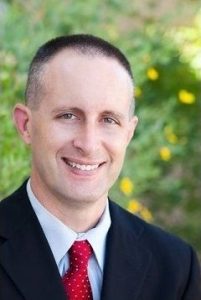 David Kolmel is a California native of the Coachella Valley, and a former U.S. Army infantryman and paratrooper who served one tour in Afghanistan in 2002, conducting no less than 38 combat missions.

Upon returning from the Army, Mr. Kolmel worked in government and private security, but found himself engaged in his own custody battle for his then-only daughter. Having seen the struggles involved in family court first hand and in need of a job that required less travel, Mr. Kolmel returned to school, completing an Associate of Arts Degree in Philosophy at Chaffey College in Rancho Cucamonga, California. Mr. Kolmel then attended the University of La Verne College of Law in Ontario, California.

During law school, Mr. Kolmel pursued as many elective classes and activities as he could find that would prepare him for work in family law, particularly trial and litigation skills. Mr. Kolmel was a member of the La Verne Law competition trial team, and served as co-founder of the school’s Family Law Society. Mr. Kolmel also worked during law school for his former family law attorney as a law clerk for a year-and-a-half, further preparing and developing his skills for a career in family law.

Since passing the California Bar exam in 2014, Mr. Kolmel has practiced exclusively in the area of family law, including handling several trials in the areas of child custody, child support, and domestic violence. Mr. Kolmel is also certified as minor’s counsel, and has been appointed by the Court to represent children in high-conflict divorce and custody matters.

In his spare time, Mr. Kolmel enjoys hiking and diving with his wife and three children.

Call the Law Offices H. William Edgar at (888) 251-9618 for a free initial consultation with any of our six family law attorneys. “Get the Results that Your Family Deserves!”