The Date of Separation? The Struggle Continues 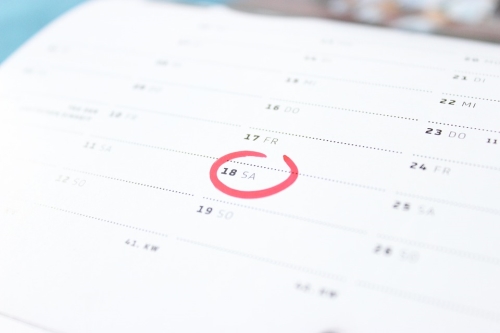 In 2015, the California Supreme Court decided the matter of In Re Marriage of Davis (2015) 61 Cal.4th 846 regarding the determination of the date of separation. The court held that living in separate residences is a threshold requirement for separation under Family Code, Section 771, along with the subjective intent to end the marital relationship.

However, due to increasing housing costs and other factors, it’s increasingly common for divorcing couples to live together until their divorce is finalized. This has made it more difficult to establish a date of separation on which the marital relationship is considered to have ended. With the passing of SB 1255 and new Family Code, Section 70, the Legislature makes its intention clear and chose to abrogate the decision in Davis.

why the date of separation matters

After the date of separation:

Additionally, the length of a potential spousal support order may be affected by the date of separation.

how the date of separation is set

Beginning in 2017, California has a new statute governing the date of separation, Section 70 of the Family Code, which includes two requirements:

The court will consider all relevant evidence in determining whether these requirements are met.

how this differs from the past law

Prior to the change, the Family Code had a requirement that the spouses be “living separate and apart.” Courts interpreted this clause strictly.

Two of the most cited cases were In Re Marriage of Davis and In Re Marriage of Norviel. In both cases, the spouses decided to end their marriage. They separated their finances, spent little time together, and their relationships were described in courts as being closer to roommates than to spouses.

Despite overwhelming evidence that they intended to end their marriages, the courts found that they had not yet separated for the purposes of the date of separation. The courts said that a plain language reading of “living separate and apart” made it impossible to find that the spouses had separated — their intent was not enough to overcome a black-and-white requirement of the law.

how courts will interpret the new law

The new Section 70 specifically states that courts should no longer follow the Davis or Norviel decisions. Under the current law, the judges in those cases would have had the discretion to find that the evidence showed that the spouses were separated even though they were still living together.

This does not mean that courts will ignore whether the spouses are living together. Living apart or together is still potential evidence for or against separation depending on how it is viewed in connection with the other factors.

The conduct of the spouses will be especially important when they are not living apart. Courts will look to see if they truly are roommates living separate lives or if they are making efforts to potentially reconcile the marriage.

Ultimately, the new law makes the date of separation more of a judgment call than a simple black-and-white answer. Lastly, as noted in the legislative analysis, SB 1255 does not address retroactivity and thus Family Code, Section 4 would apply thus making the statute retroactive to existing cases.

The new law was intended to more closely match real life, but a side effect is that it makes the legal aspects of a divorce more complicated. Rather than having a clearly defined date of separation on a fixed date, you will need to prove the date of separation. In many divorces, this may become yet another contested issue.

For the communication test, you will need some evidence that you expressed an intent to end the marriage. In many cases, this will happen before you serve formal divorce papers. Because this is usually an in-person conversation, you should create a record by telling a close friend or relative what happened immediately after the fact and save any emails or texts you send.

Conduct demonstrating an intent to end the marriage is more easy to demonstrate, but it requires more work. You should separate your finances to the greatest extent possible. A joint checking account may still be necessary for essential bills such as rent or mortgage payments, but you should separate discretionary items such as cell phones.

Note that this means separating only your current activities. You do not need to divide up retirement accounts and other large assets to demonstrate that you are separated; these issues will be handled during the settlement process.

Because the date of separation is a gray area, it can be a good idea to talk to a divorce lawyer even before you’ve made a final decision about whether to go through with the divorce. This will give you a better understanding of the steps you need to take to protect your rights.