Are Recurring Gifts Treated As Income? 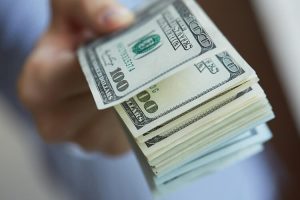 However, there are the “tough cases” with wealthy parents were gifts treated as income.

Similarly, it probably would not be appropriate to disregard gifts (or other “freebies”) when calculating child support in the “really tough case” where an obligor, as the offspring of a very wealthy family whose parents are not his or her employers, manages to live quite well even on a low annual gross income (as defined by § 4058) because of nontaxable gifts received from his or her parents.

However, the interest or dividends earned from the gifts/inheritance is income that can be used for child support purposes. In this situation, gifts treated as income.

While one-time inheritances and gifts themselves generally are not “income” for child support purposes, interest, rents and dividends actually earned from gifts and inheritances are income to be included in calculating child support. [Fam.C. § 4058(a)(1); County of Kern v. Castle, supra, 75 CA4th at 1453]

Consult a lawyer if you are facing a complex child support case. Contact us online today!

Recurring Gifts Can Be Treated As Income

As distinguished from the above (one-time or sporadic gifts/inheritances), regular gifts of cash received by a parent may be treated as income for child support purposes so long as the gifts bear a reasonable relationship to the traditional meaning of income as a recurrent monetary benefit. [Marriage of Alter (2009) 171 CA4th 718, 736–737]

By the same token, there may be circumstances where regular cash gifts do not “fairly represent income.” Thus, the inclusion thereof as income for presumptively-correct child support “must be left to the discretionof the trial court.” [Marriage of Alter, supra (emphasis added)]

H’s receipt of $3,000 monthly gifts from his mother for many years, later increased to $6,000 (of which he used $3,000 to pay the rent she charged him on a house she purchased for him to live in), was properly considered as H’s income in calculating guideline child support. “The periodic and regular nature of the payments means that the money is available to [H] for the support of his children.”

A line of authority upholds court discretion to treat as income in the formula calculation otherwise nonincludible benefits, such as free housing and other one-time or noncash gifts, to the extent they reduce the recipient parent’s living expenses.

However, a blanket “anything that reduces living expense” approach to § 4058 income has been sharply criticized.

Among other reasons, § 4058 itself confines that approach to employment benefits (¶ 6:200); and the most common instances of “things that reduce living expense” are new mate income, which the Legislature has placed off limits in adjudicating child support. Moreover, this approach would inevitably “bog down” the computer/formula calculation of child support in problems of where to draw the line (“[d]iscount coupons received in the mail, free or discounted tickets to entertainment events … or even the value of an employer’s contribution to Social Security might be characterized as ‘income’ ”).

Do you have a questions about whether gifts treated as income? Contact our office immediately for a free consultation. We have offices located in Riverside, Temecula and Anaheim.