Are there Equitable Remedies/Defenses to Child Support Arrears? 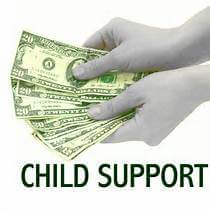 Family Code, Section 3651c states a support order may not be modified or terminated as to an amount that accrued before the date of the filing of the notice of motion or order to show cause to modify or terminate. “[A] judgment [or order] for child … support, once entered, is per se enforceable until paid in full, and is not retroactively modifiable either as to accrued arrearages or any interest due thereon.”. In re Marriage of Hamer (2000) 81 Cal.App.4th 712, Family Code sections 3651, subdivision (c), 4502. See also In re Marriage of Perez (1995) 35 Cal.App.4th 77. This statute says that you can’t go back in time and reduce a child support order.

The Jackson holding, among others, was discussed by the court in the case of Okum, specifically discussing the court’s equitable power in child support arrearage cases. In re Marriage of Okum (1987) 195 Cal.App.3d 176. “While it is true that an order for child support may not be retroactively modified (Civ. Code, § 4700), and that accrued arrearages are treated like a judgment for money, such orders are an exercise of the court’s equitable power and are designed to compel satisfaction of the child support obligation, which exists apart from the marriage status and is an obligation to the child and not to the custodial parent.” In re Marriage of Okum, 195 Cal. App. 3d 176, 240.

The court in Okum cited Jackson v. Jackson. (1975) Cal.App.3d 363. In Jackson v. Jackson (1975) 51 Cal.App.3d 363, 366-367, we stated: (2) “While it is true that an order for child support may not be retroactively modified and that accrued arrearages are treated like a judgment for money it must be remembered that such orders are an exercise of the court’s equitable power and are designed to compel satisfaction of the child support obligation which exists apart from the marriage status. The obligation is to the child and not to the mother.” We then held that a trial court has the discretion to permit only partial enforcement or to quash, in toto, a writ of execution directed against a parent in arrearage who, during the period in question, has had sole physical custody of the child.

The issues in this case can and should be factually distinguish from Jackson as the Okum court discusses. For example, in Jackson, an obligor-father took physical custody of his minor child, with the mother’s consent and in accordance with the child’s wishes, and expended sums well in excess of his support obligation while his support obligation continued to accrue. In Jackson, it was a complete change of custody. In the present case, the parties have an order for shared custody. However, at some point and without a court order father’s custodial time with the children decreases. However, there is still a court order regarding mother paying child support to father that does not get modified. It is not disputed that father’s time get decreased for various reasons. Further, it is not disputed that there was a child support order from mother to father. It is not disputed that father continued to maintain a substantial presence in the children’s lives and continued to have substantial custodial time, not just pursuant to the court order. Father continued to substantially comply with the custody agreement.

As discussed in Okum, father was entitled to Jackson credits for the daughter. However, the court did not exercise the same discretion as it relates to their son. Applying the aforementioned principles, the record reveals that Robert was entitled to equitable relief from his arrearage of Gina’s support. This is not true, however, in the case of Christopher’s support. Although the testimony was conflicting, there is credible evidence that Donna had substantial custody of Christopher and that she had incurred expenses in raising him. The record establishes that she kept a bedroom readied for Christopher’s exclusive use when he stayed at her home; and that she paid for his food, clothing, school supplies, tutoring, gifts, entertainment, and vacations when he was in her care. Whether or not Donna actually spent a total of $14,175 on the son misses the point. Neither the law nor the couple’s agreement required Donna to keep a precise running total of the monies she expended on the child. The evidence establishes that during the period in question she substantially complied with the custody agreement *183 and, therefore, Robert was obligated to pay support. Had Robert wanted to disengage from the agreement, he could have applied to the court seeking a modification of the support order based on changed circumstances. In re Marriage of Okum, 195 Cal. App. 3d 176.

In this case, mother also raises a possible defense of substituted payment of certain expenses that may offset the child support obligation. In this case, mother also says I had the kids more, I paid X, Y, Z expenses that you did not help with. The court of appeal has also discussed this issue as well. Trial court abused its discretion in allowing a $26,900 credit against arrears for child support owed to ex-wife by her ex-husband, which represented sums ex-husband paid to or incurred on behalf of adult children, after arrears had accrued; ex-wife never agreed to credit ex-husband’s substituted payments against arrears, there was evidence that ex-husband tried to use substituted payments to blackmail children and coerce ex-wife into accepting payments against arrears, and credit resulted in rewarding ex-husband for unilaterally altering terms of his court-ordered child support obligation. In re Marriage of Sanchez, Estate of father who was required to make child support payments by divorce decree and who reduced payments by one-third when each of the two oldest of his three children reached 21 was not entitled to credit against arrearages in payments sought by wife for payments made by father in lieu of those required by decree including substituted payments made directly to children for their college and living expenses. Spivey v. Furtado, 242 Cal. App. 2d 259.

The takeaway is that it can be done. There are equitable remedies available if you are faced with a huge child support obligation. I will tell you that it is not easy to get. The most common defense would be a Jackson defense–there was a complete change of custody and no one went back to court to change the child support order. So in other words, Mom has custody and a $500 a month child support order. Custody changes to Dad but no one modifies the order. Mom gets mad three years later and files for an enforcement of the child support order. If the non-custodial parent files to enforce the order, the court will reduce the arrears to zero. However, there is more discretion than you would think, but again, it is not easy.

Contact the Law Offices of H. William Edgar to discuss child support arrears issues.
We have offices in Riverside, Temecula, and Anaheim and handle matters in most Southern California Courts.